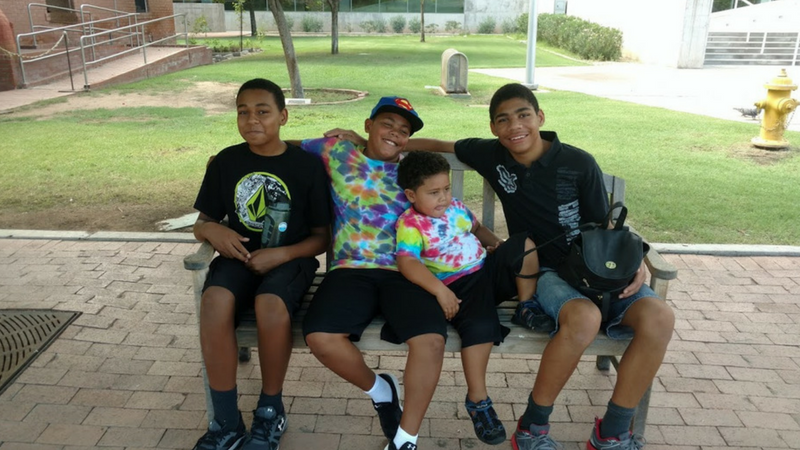 My husband and I have been married for 13 yrs, and before we ever got married we knew we wanted to be parents. We wanted to foster and adopt but more than anything we wanted to have children also. We spoke about how many we wanted, names we liked, and how we would raise them. Little did we know how hard making our dream come true was going to be.

We started trying about a year into our marriage. I can still remember my husband telling me he thought I was pregnant. I can still remember the feeling when we confirmed we were expecting. No matter what those memories and those feelings stay with me. Just like I can remember the morning I was laying in bed and my water broke. I was 22 weeks along and home by myself as my husband had already left for work. I remember the feeling of panic as I called my mom’s hospital room where she had been admitted a few days prior. She calmed me enough for me to reason call 911, put my feet up, and breathe. My husband met me at the hospital and was with me every step of the way. My water had broken so there was nothing the doctors to do to save our hopes and dreams. I sat and waited to deliver my son in a state of disbelief. It was surreal we had an ultrasound 2 days prior, and even waiting in the hospital our son had a heartbeat. I had contractions but nothing so serious as they kept me medicated. I remember I coughed and I said to my husband there is something between my legs, and I remember him struggling not to cry because the heartbeat was gone. He called the nurse who came in and verified I had just coughed and given birth to our son who was deceased. We dressed him, held him for hours, and then had to say goodbye. That was just the start of years of our hearts breaking. My husband lost weight and in my despair, I didn’t even notice he wasn’t eating. My mom noticed, and she was the one who gave us the strength when we had none left. There was also a nurse who worked at my OB office and she reached out and offered support. I don’t know if we would have made it without her. 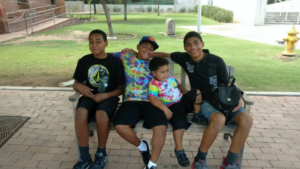 We tried again and 4 miscarriages later we were at the point of just giving up. We thought we would never be parents and then I was pregnant again. This time I was on bed rest. I remember each day being more stressful than the next and each milestone being approached with bated breath. When we went past 22 weeks we breathed and thought we made it. At 26 weeks I went to the ER and I told them something is wrong I can feel it. They assured me everything was fine. I went home that night and woke up the next morning covered in fluid because once again my water broke. We had just moved literally the day before so didn’t even have our house phone unpacked and for some reason, I could not figure out how to use my cell phone. I waddled over to a neighbor I had not even met and he and his children called 911, my husband, and my mom. Then this man who I did not know came and sat with me holding my hand until the paramedics arrived. I was taken in, given magnesium to stop the labor, and then a steroid that would rapidly develop my son’s lungs.  I was then airlifted to a higher level hospital where they would give me more of this medicine over a course of 48 hours. Two days later as the doctor examined me he exclaimed I see a foot, and I was immediately prepped for surgery. We went in for c-section, and I remember lights surrounding me and the sound of a kitten. In my state, I did not realize that the kitten I heard was my son crying. My husband tells me that the doctors were frantically trying to intubate our son, but he fought it so bad one of the doctors noticed it was choking him rather than helping. They removed the tube and realized that my 26-week champ was breathing on his own. That’s when they calmed and put a CPAP on him. Apparently, my rainbow baby was stronger than even the doctors expected.

Once I fully awakened from the medication and could move my legs I was allowed to go see him. When I saw him all I wanted to do was pick him up and hold him close but his skin was so thin to make sure we didn’t hurt him we could only touch the bottom of his foot or his palm of his hand. I looked at my furry little 3-pound son and just knew he was mine and no matter what he and I were going to make it together. He was my rainbow baby. My miracle.  My Aidan (little fire) Nathanial (Gift from God). We stayed in the NICU at Phoenix Children’s for 2 months but the miracle of all miracles he never required oxygen or surgery. The most he needed was a CPAP at room air levels. He did have apnea of prematurity but that was solved with what I dubbed his morning espresso since it was basically a caffeine shot. He had a feeding tube because at his age he was not old enough to know how to suck swallow and breathe. Once he hit a month old we started teaching him how to nurse. He was a champ and quickly learned and after testing basically all of him and finding nothing wrong we were allowed to take our champion home.

My husband and son and I lived with my mom. She was pretty sick and needed care so we lived there and took care of her and the kiddos she had guardianship of. When she passed away my husband and I knew they were already ours. Since we were not close enough related we had to be foster parents first and then we were able to adopt. We went from 1 kiddo to 3 in the span of 6 months but there’s not a day I ever look back and regret our choice to add to our family. When I had Aidan they had done a vertical and horizontal c-section and after had told me that I would not be able to carry a baby again so we knew to have our large family we wanted we were going to eventually adopt. It was just sooner than expected but it was a blessing. That’s how we got our Jonah and Joseph.

About 2 years after the adoption my boys snuck a kitten home. I tried to pick it up and it scratched me. For about a week after I was horribly sick. I went to my doctor and told him I had gotten scratched by a cat and I was positive it had given me a nasty cat disease. He did blood work and came back in the room and said “ Well it’s not the cat.” Immediately I was like oh no if its not the cat then what is it what have I caught. He kind of chuckled and said well you’re pregnant. I was shocked and remember telling him that was impossible. My OB had told me I could not conceive. Well 4 tests later the impossible was possible because I was pregnant.  I called my OB who had me come in that day. He verified the pregnancy and I was immediately put on bed rest.  4 weeks later we had a huge scare. I started cramping and passed a huge blood clot. We called my OB in the middle of the night who had my husband bag it and bring it in to verify I had a miscarriage. We went in and he had a tech there who did an ultrasound and while she couldn’t tell me what she saw her tears were enough. They were happy tears. My OB came in and looked and told us there was still a heartbeat and we got to see the first glimpse of our baby. Found out I had a hematoma, so the clot was more along the lines of a scab where the placenta had separated a little. I was put on even more bed rest. Only allowed up to go to the bathroom. I had a nurse coming to my house daily. I got weekly injections and eventually had a cervical cerclage. Towards the end of my pregnancy I had twice weekly ultrasounds and this thing where they monitor your contractions and the baby’s heartbeat for anywhere from a hr to however long it takes for the baby to cooperate. Finally, I hit 34 weeks and I started having some pretty good contractions. Even though it was a week before my scheduled C-section I went in to L&D.

They verified I was in labor and the most gorgeous doctor walks in and says how about we do the C-section. I said NO and asked him to leave. He stepped out and the nurse asks what’s wrong. I tell her hes waaaaayyy to cute I want my doctor. My old doctor who has seen everything. She left my room giggling and a bit later the super cute doctor walks in with my OB and my OB goes with a huge grin I’m hurt you don’t think I’m cute but glad you wanted me. Let’s get this show on the road. We go in for the C-section and my OB makes a cut and my husbands eyes roll back and a nurse kinda props him up. I’m looking at my doctor and the look on his face is not happy anymore. He immediately starts shouting orders and people are rushing and I’m strapped down not knowing what is happening. My husband had since come to and he’s just looking terrified but then I heard the sweetest sound of our baby crying. My doctor holds him for me to see and then they take him and my husband but inform me I must stay; a surgeon is on the way. Apparently, it was a miracle my son and I were alive. My uterus had ruptured on the scar tissue from my previous c section and I had been hemorrhaging. All the weight gain was blood pooling undetected in my abdomen. My sons umbilical cord was attached to just a piece of the placenta. My OB told me in his 30 years he had never seen anything like that and scientifically could not understand how my son survived. He stated it is a miracle his water bag did not break because he would have drowned in the blood before we even knew anything was wrong.  This time they made 100% sure I could never get pregnant again since my uterus was in pieces it would not be safe for me or a baby.  Our Alijah Nathanial came into this world in a big way.

Aidan is 10 now, Alijah is 4, Joseph is 14, and Jonah is 15. Everyday I count myself blessed. They each came into my life in a spectacular way and I wouldn’t change it for the world. I cherish being their mom. My husband and I plan to adopt more and cant wait to meet whatever child chooses us as their forever family next.

Ashley blogs over at Mommy Daze about her beautiful family, her journey to a healthier self – physically, mentally and financially.  We feel very honored that she shared her story with us.  Ashley can also be found on Instagram and Facebook.

My Parenting Journey – My Crazy Brood

An Interview with Ayla

An Interview with Gavin (Author of Superstar Kids)