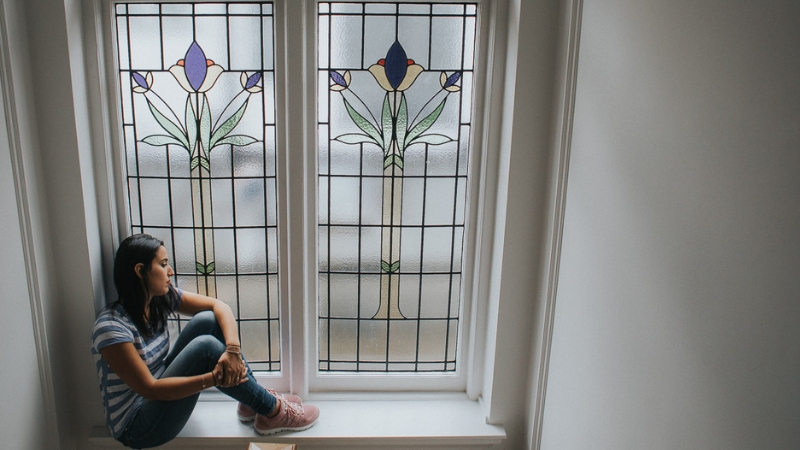 They say a problem shared is a problem halved and I hate to admit it but recently I’ve been struggling. I’ve been snappy at home, slacking at work, super tired and pretty grouchy. I’d love to blame PMS but that hasn’t made an appearance for at least half a year. Nope, it’s not pregnancy either – one can dream.

I know I have said on previous occasions that it’s good not to be text book, but right now, I take it back. I’m over it. So over it. My head hurts. Like, really hurts. My eye, it takes longer to open in the morning than ever and it leaves me in a panic and on edge. I don’t like it one bit. My focus is out the window and I’m SO unproductive because of it. The pain seems so much worse at the moment. And my other doctor last week totally threw me.

“You know, I don’t think his approach is going to work – maybe it’s time to have surgery again. Your body is reacting to the pain it’s in, that’s why you have the rash. And your face, it’s swollen, Jenny. Let’s see what happens over the next few weeks.” Oh joy. Since when did he become such a cynic? What happened to the hope he had?

So that’s it then, even more tests, more results, one to two times a week. I’m sure that soon, my arms will be so pricked that I’m paranoid I’ll look like some sort of heroin addict! Thank goodness it’s long sleeve season.

It may be 2 years on since my initial doctor retired (I disliked him until he announced his resignation – then I burst into tears and begged him to rethink things whilst declaring my sudden love for him in the hope he would stay) and I’m still praying that he’ll magically reappear to cure me. I remember when I had H, he told me to get pregnant quickly again because I was at my healthiest. (*ehem, 1 month PP and after I’d discovered I broke my coccyx in labour – seriously, as if that was going to happen*).
“You’ll regret it if you don’t Jenny.”
Yeah man. You were right. A part of me regrets it – BIG time. Thanks a lot. I’ll just keep replaying that scenario in my head and wallow in self pity.

So what now!?   Continue with the whole pity thing even though I hate it!? Eat a mountain of carbs with a frosting of sugar? Splurge on items I don’t need unnecessarily? Cancel meetings and procrastinate – well, that’s what I’ve done for now because you know, it’s OK not to be OK sometimes, and right now that’s where I’m at.  I don’t even know why.  But I’ve decided that normal services will resume on Hump Day after a couple days of self care and a session with my very special healer (reiki/life guru).

Looking forward to seeing you on the other side, because this little pessimistic person who feels sorry for herself is most definitely not me! xx