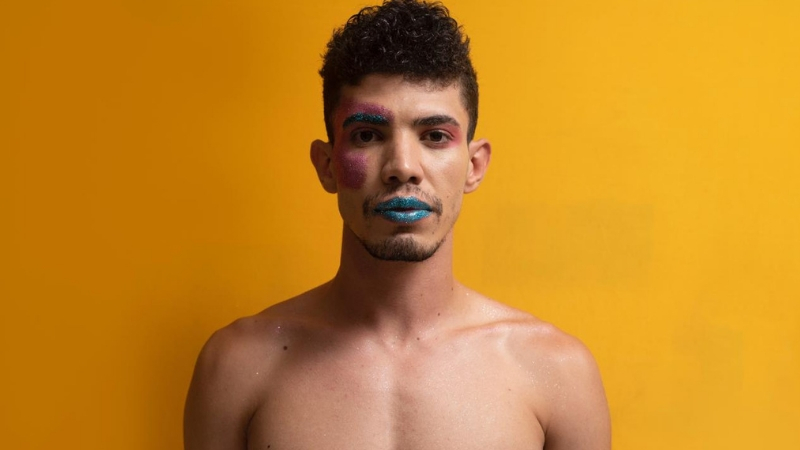 Think of the ideal man – who comes to mind? Sean Connery as James Bond? Brad Pitt in Fight Club? Or perhaps Clint Eastwood as the all-American action hero?

What these images have in common are a certain type of maleness – one that is repeated in Hollywood movies, in T.V. dramas ,and in men’s style magazines. It’s a limited version of masculinity, that reduces maleness to a library of boxed-set stereotypes, such as:

The Action Hero:  This one has been on a constant loop since ever since Hollywood began. Think Charlton Heston as Ben Hur, Sylvester Stallone’s Rambo or Will Smith in Men in Black

The GQ New man:  This is Daniel Craig as James Bond. The action hero who’s not afraid to show some emotion (although not too much.) He’s the six-pack body beautiful guy; the Hackett wearing, Martini swigging, Aston Martin spy, who always has ‘hot chick’ as his number two accessory.

The problem with these types is that they are just that; idealised cultural constructions of what men are and what society thinks men should be. They work as a set of narrow cultural reference points, constraining men to conform to one stereotype or another. They are reductive and harmful in equal measure.

The dark side of masculinity
‘Boys will be boys’ is one of the most powerful and psychologically limiting phases in human language. It perpetuates gender types as natural therefore OK. The ‘boys will be boys’ attitude, when unchecked, provides men with a dark-sided rulebook leading to what can only be described as toxic masculinity.

Toxic masculinity plays out in two inter-connecting ways: the first is masculinity as ‘sexual predator’ – men who abuse their power status for self-gratification. Let’s name a few – Bill Clinton, Harvey Weinstein and Ray Kelvin – the founder and CEO of fashion company Ted Baker, who was recently accused of creating a culture of ‘forced hugs’ and harassment. It’s a type of behaviour that run deep in corporate culture, as witnessed in the case of Oxfam. Just this month an independent commission interim report, Listening to People: Rebuilding Trust, concluded there was a “toxic work environment” at Oxfam, that allowed bullying and sexual harassment to go uncheck.

The other way in which toxic masculinity plays out is personified in what I call ‘the corporate tough guy’. The City banker, the corporate lawyer, the advertising executives that rule their teams through bullying. These guys are 24-hour uber-competitive corporate dudes. Leaving work before midnight is weak maleness; spending time with children is weak maleness. I once met a Corporate Lawyer who hadn’t had a holiday in 22 years – it was his badge of honour.

Boys don’t cry:  The suppression of emotions, or rather what society portrays as female emotions are a cultural no-no. Men can express anger, but any expression of tender emotions is seen as weak and unmanly.

Express femininity at your peril:  Masculinity is policed by other men – and women – through hate speech – boys and men who project what society views as female traits are punished with words such as ‘fag’ and ‘queer’. These words are loaded with power and work to keep ‘real men’ in check by dehumanising gay men as not real men.

Men as a disposable commodity: From an early age, boys are trained in the art of warfare. The toys we play with, the computer games we play. These games manifest in real-life gang violence on the streets of London and other cities in the U.K and beyond.

Where do we go from here? How to challenge toxic masculinity
Gillette’s current ad campaign “We Believe: The Best Man Can Be”, seeks to challenge these forms of toxic masculinity by questioning male norms. Clearly working within a context of the #MeToo movement, one of the aims of the current campaign, according to the brand’s The Best Men Can Be website is “to actively challenge the stereotypes and expectations of what it means to be a man everywhere you see Gillette” in “the ads we run, the images we publish to social media, the words we choose, and so much more”.

One of my favourite ads is Ariel’s ‘Share The Load’, as it challenges gender stereotypes in Indian society, by exploring changing gender norms and traditions.

Based on my experience of working with male leaders in Corporate cultures over the last 20 years, here are 3 very simple things we can all do to challenge toxic masculinity:

Lean into the idea that masculinity, just like femininity, is nothing more than a cultural and historical construct; it is a learned behaviour and as such it can evolve and change.

Education: Explore in your workplace, through discussion groups and workshops, the impact toxic masculinity may be having on your corporate culture. How does it play out? What impact does it have on team performance and the psychological wellbeing of both male and female colleague?

Call it out: Men are not bad. They (we) are simply conditioned to think and act in certain ways. Celebrate the positive sides of maleness but call out and challenge toxic masculinity when it presents itself in your workplace.

Dan Robertson is the Director of VERCIDA Consulting. He is widely regarded as a subject matter expert on workplace diversity & inclusion, unconscious bias and inclusive leadership, and spends his days supporting executives to turn diversity theory into meaningful actions.

The Rise of the Freelancer