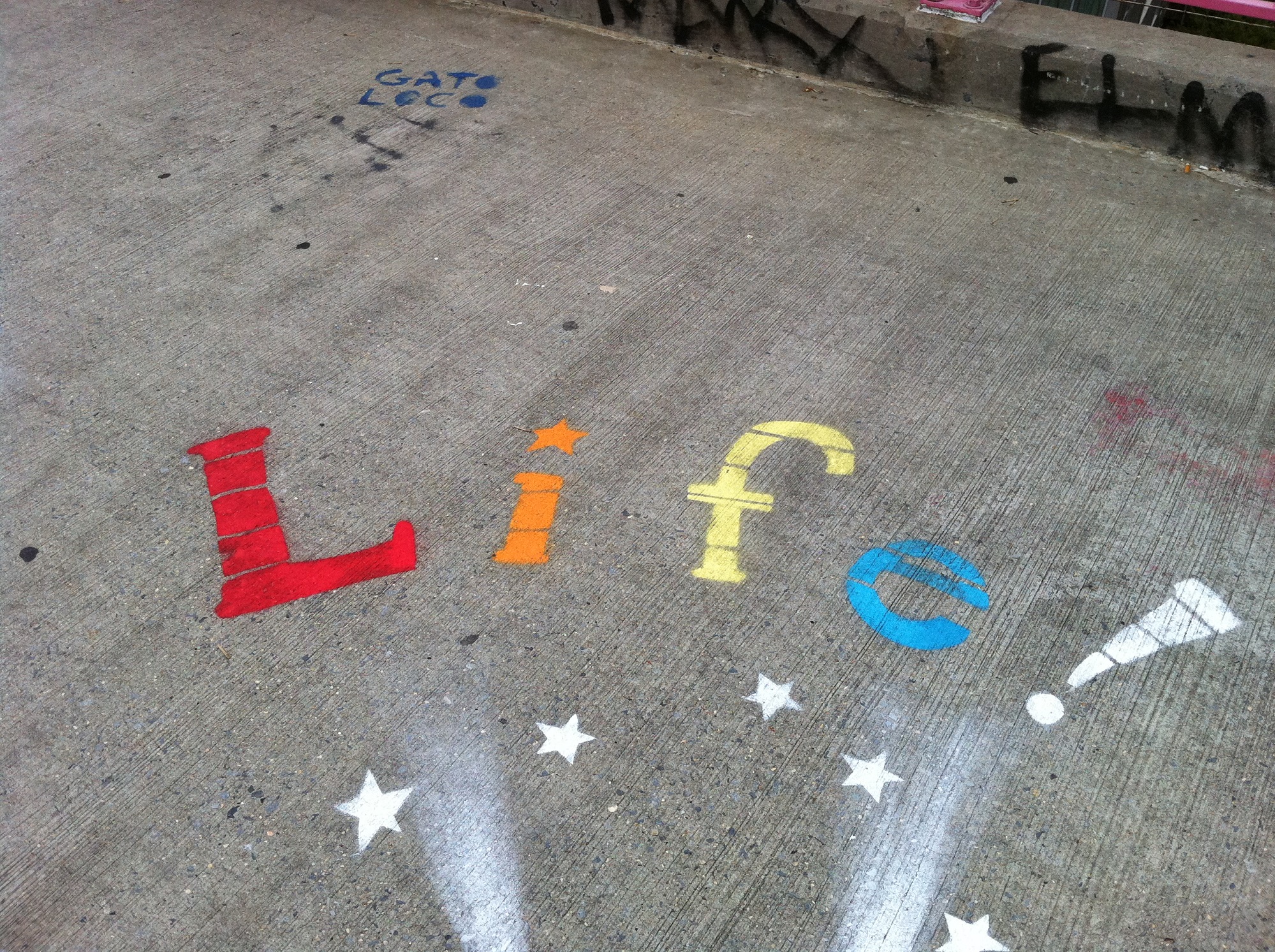 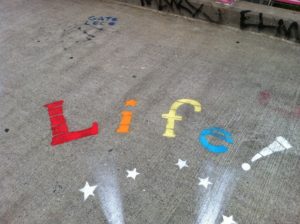 Today I took the kids to the park. The park is about 5 blocks away, and as usual I put the 10 month old in the carrier, the two year old went in the front of the tank (double stroller), and the just turned 4 year old walked. I clunked the stroller down the 10 steps outside our building and put the baby in the back seat of the stroller. He weighs 24 lbs., I save my back for the moments when he’s fussy. We strolled over to the park and started over in the grassy bandstand area, where the girls drew pictures with chalk and I played with the baby. I decided to branch out a little and try my luck in the playground, much to the kids’ delight. With the stern command of “you have to choose either the slide or the swings and stay together” we walked over there.

Within less than a minute of playing on the swings the 4 year old was off on the climbing frame, and the two year old started to have a meltdown in the swing. I dragged her out and she tried to leg it off towards the road so I stuffed her into the stroller and strapped her in, calling her sister over. Her sister started to whine about being tired so I put the baby in the carrier, so my eldest could climb in the back, all the while the two year old was hanging out of the stroller, screaming as loudly as possible, snot flying everywhere.

Then the baby started to cry too.

I made it home in one piece, flinging my embarrassment off somewhere along those 5 blocks and had a sneaky piece (or 5) of chocolate to calm my nerves when I got back. I used to always wonder how mothers seemed to look so calm and together with three or more small kids, but just recently I realized that they weren’t. It’s all a disguise.

A few weeks ago I took all three kids on a protest march that started in the park, and was bricking it while we waited for it to begin. I gave myself an out: if the kids started playing up we would just go home. For once their moods seemed to be compatible and they played happily together, running around, even listening to me when I asked them to close. It suddenly dawned on me that I looked like one of those mothers who had it together! Nonchalantly holding a baby, watching her two other terrors play, and then joining in with the march, throwing out a chant here and there… I certainly looked the part! But there were tears bursting out of my eyes behind my large sunglasses: I suddenly felt proud of myself, and of my children, but also relief.

Everyone is bricking it. None of us really have it together!

For a while after I had my third I felt a lot of guilt. I had three kids under four and the idea of having to go out and handle life in general often felt like an insurmountable task. I put a lot of pressure on myself to do everything, assuming that everyone else managed, so why wouldn’t I be able to? I often forget that our situation is a little different from many of the Insta-friendly snapshots though: my partner is gone 5-6 days a week working, and while he does sleep at home, it’s not between midnight and 7am that we are going to be able to do things like shopping or hanging out in the park. Also, I don’t drive, and we live in a place where everyone assumes you own a car and therefore everything you need is only drivable. Gosh, moving from NYC where everything was within walking or subway distance to a place where the nearest food shop is 20 blocks away was a bit of a shock to the system! But yes, guilt. If I couldn’t do it all, all by myself, wasn’t I just pretending to parent? If I actually have to ask for help now and again am I not parenting properly?

But that’s just it, isn’t it? We are ALL winging it. We ALL have those moments when we look calm and composed, but in reality we are just hanging from a thread. Parenting is a tough job, whether we have one or ten, and I’m pretty sure even Princess Catherine will tell you that some days you want to hide in the loo, eat a pint of ice cream, and try not to cringe while thinking about what happened at the park that day. I’m sure she asks for help now and again, right? I don’t see why we should feel guilty about doing it, but we do.

That’s still a work in progress here. I feel very lucky that I have friends who see through my “I’m doing great” façade and tell me that they are doing something rather than asking me, because they know I won’t ask. They are slowly chipping away at my guilt and helping me replace it with reality: we are all in this together. I doubt the “mum guilt” ever really goes away, but I think it’s time that we started to take a deep breath and realize that no one has it completely together.

Next time I see someone in the park who looks like she’s carrying motherhood like a feather on her shoulder: I’m going to give her a big smile and a virtual high five, because inside she’s probably bricking it too. 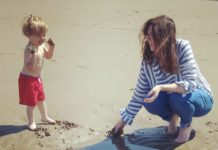 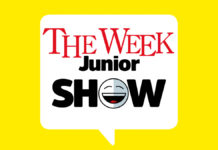